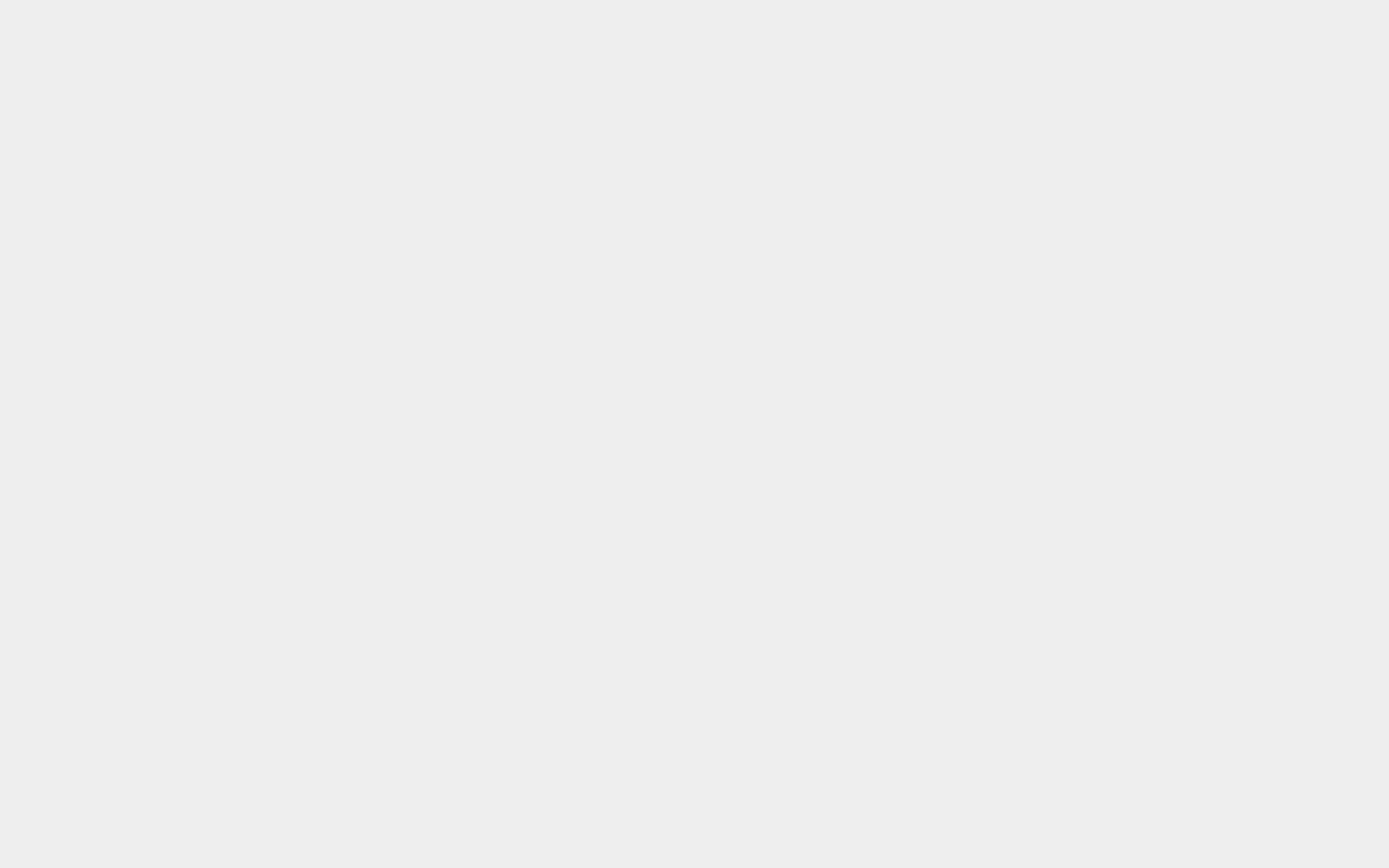 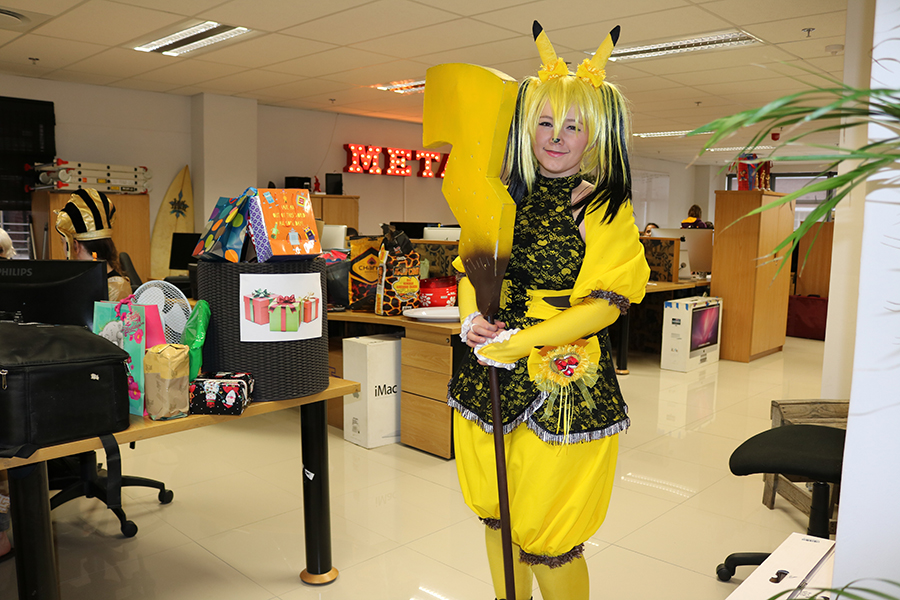 An early morning of December 2016 brought a procession of weird and wonderful characters streaming through the turnstiles of the Touchstone building.

Cosplay is a concept derived from the words Costume and Roleplay, the act of dressing up as a beloved movie, game, anime or other character and acting the part. In the true spirit of cosplay the Egamea end of year party set the tone for a fantastic cosplay competition with a bright diverse assortment of characters. From fairytale characters and flesh eating ghouls, to Spyro the Dragon, The Joker and Wolverine the staff of Egamea really brought their A-game to the floor.

Some incredible original characters were entered, not the least of which, was winner of Best Male Cosplay - Manie van Niekerk with his character, Comrade Commissar Alexander Dovonavich Oljanof the 3rd whom he expanded on, “I made up this character and his persona, I choose this character as he was not pre-existing, thus giving me full creative freedom. I choose to make my character seem very full of himself and arrogant as it’s always more fun to play a villain.”

Costumes varied from those creatively hand crafted to clever use of pre owned items. From prop construction to dragon onsies it was inspiring to see the enthusiasm that Egameans brought to the scene. Best Female Cosplay, Tess McGraw had a completely self constructed outfit, a Pokemon inspired ‘Magical Girl Pikachu’ including fully functioning light up tail. “It was good fun working on the electronics in the tail which I’d never done before. I’m quite pleased with the disco setting which I didn’t realise was there when I put the lights in!” 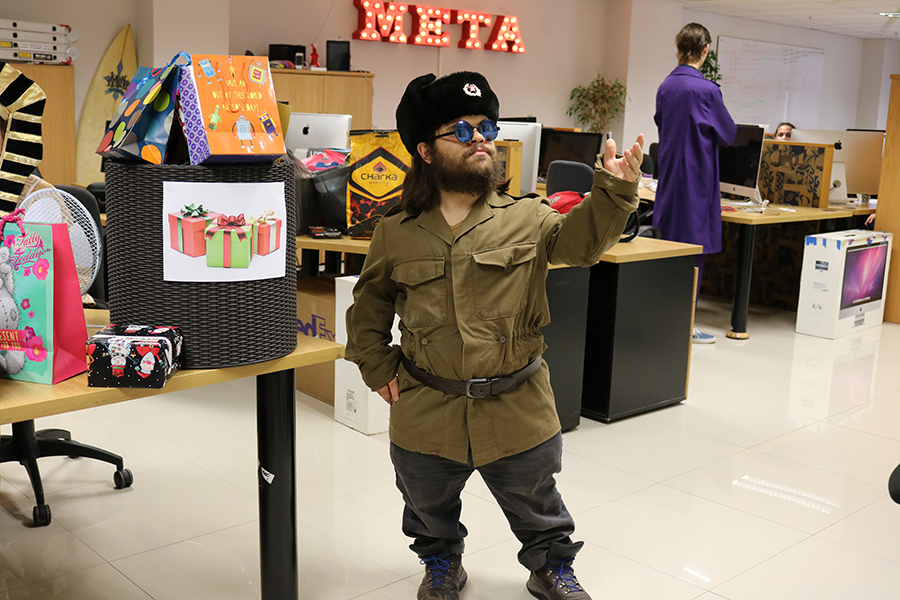 No small amount of effort went into many of these cosplays as Marcus Smit told us, “I spent 6 hours meticulously cutting out and gluing together [a paper-craft accordion] from an online template. It was something of an endurance test, but I was determined to finish it in a single sitting, because I knew if I stopped I’d never have it done.”

No doubt a little daunting, each candidate then paraded themselves before a panel of equally well decorated senior staff, with a short display, song or enactment of their characters as they were scored and photographed. With his quirky portrayal of Weird Al Yankovic Marcus Smit took home winner of Funniest Cosplay, “Portraying an existing person meant that my costume was hardly the most sophisticated in terms of construction, so I put extra effort into performance; I sang a snippet of Weird Al’s “White and Nerdy” which made the judges laugh.”

After an entertaining scoring process, the winners were revealed in a small awards ceremony and trophies and prizes were given out. Ancient egyptians, Rubik’s cubes and dangerous Borderlands characters alike then rode shoulder to shoulder to the roof, to enjoy a delightful afternoon of lunch, games and socializing. It was a day full of good humour, exciting visuals and bonding time for the team. The villainous Comrade Commissar Alexander etc. played by Manie gave these parting words “The one part I disliked was wearing a Russian fur hat in the middle of Cape Town summer. Other than that, it was great fun and a good way to end off the year.” 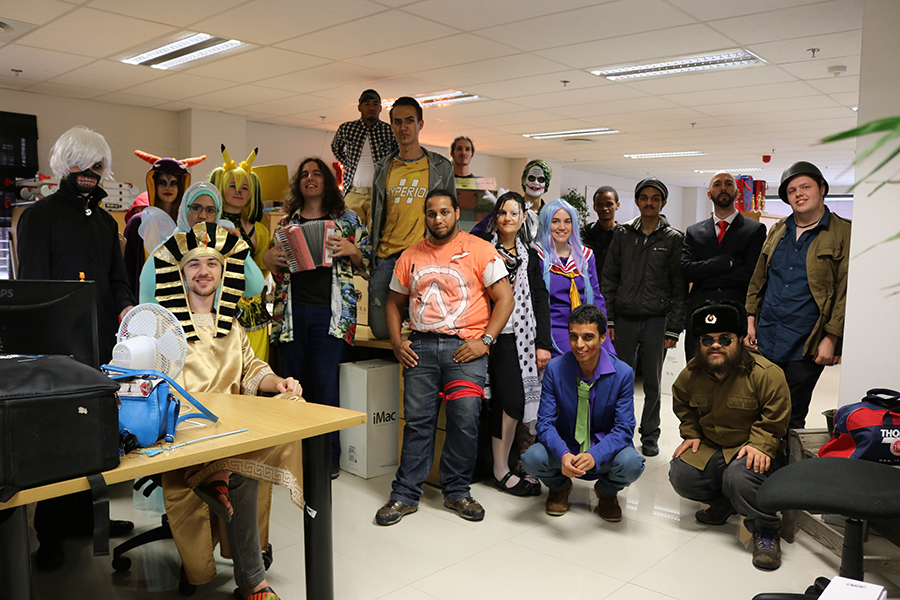 We develop highly optimized games and demos for the Gear VR and it's controllers.

We develop highly optimized games for the entire range of iOS devices.

We develop highly optimized games for the entire range of Android devices.

The Leap Motion hand tracking system is an integral part of our VR solutions.

We develop the latest in Augmented reality via Microsoft Hololens.
Desktop Version